On Thursday, November 1st, visual effects industry veteran Kevin Margo and his team are breaking down their groundbreaking short film, CONSTRUCT, which follows the action-packed tribulations of a construction android.

After a screening of the film, discover the advancements the team made in real-time GPU ray tracing, cloud rendering, virtual production, and virtual reality as they reveal the innovative workflows and technology developed over the project’s four-year production. The presentation will be peppered with behind-the-scenes videos and outtakes, as well as anecdotes on the team’s collaborations with Chaos Group, Nvidia, Google, and legendary VFX supervisor Doug Trumbull (2001: Space Odyssey). Get ready to be inspired during this evening full of robot rumbles and not-to-be-missed knowledge!

Seating is limited. Be sure to RSVP and arrive in good time to secure a place in line. Attendee check-in will open at 6:30 PM; a valid Eventbrite RSVP will be required to get an event wristband. For those unable to attend, this event will be streamed, so be sure to follow our Twitch channel!

Gnomon's full-time programs and 10-week individual courses are designed to develop well-rounded artists that are skilled in the diverse disciplines within 3D production. For those outside of the US, virtual classroom-style online courses are also available. 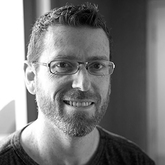 Kevin Margo is a filmmaker, director and VFX/CG supervisor, with 15 years at Blur Studios in various key roles. He continues to explore the filmmaking medium, seeking innovative ways to realize fantastical worlds by harnessing narrative ideas, technology, and production knowledge and distilling these processes down into manageable workflows suitable to creatives seeking to maximize their expressive capabilities. 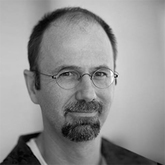 Chris is a CG industry veteran and Director of Chaos Group Labs. He can also be heard regularly as the host of the CG Garage podcast which attracts 20,000 weekly listeners. With a background in both VFX and Design, Chris has worked for Gensler, Digital Domain, Imageworks and Method Studios. His credits include Maleficent, Oblivion and Tron: Legacy. 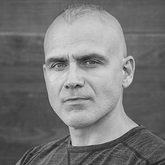 Derron is not only the Second Unit Director on Construct, he’s also the Animation and Layout Supervisor, a producer, and the voice and body motion capture actor for the father character. After many years of hits to the head, kicks in the balls, designing action, creating and supervising animation, live action and digital cinematography, layout, pre-viz, stunt-viz, post-viz, all for show-biz, he is happy to still be alive and creating projects with his brother from another mother, Kevin Margo. 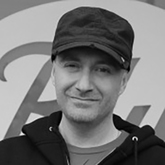 Alessandro Baldasseroni is currently a senior VFX modeler at The Mill and was previously a lead character artist at Blur Studio and a senior character artist at Riot Games. His work can be seen in recent game cinematics, movies, and commercials for titles such as Thor: The Dark World, Elder Scrolls Online, Batman Arkham Origins, Star Wars The Old Republic, and more. In addition to being featured in international magazines and artbooks, he is also a published Gnomon Workshop instructor. 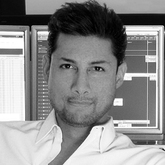 Colin Aguiar was a child prodigy playing the drums at two and publicly performing at four and has since written extensively for musical theatre and film. He has lived and studied across the world, culminating in a specialization in ethnic music and highly original compositional concepts. He is the protégé of Oscar-winning film composer Mychael Danna.