The Art of Avengers: Endgame with Marvel Studios

Twenty-two films in the making and countless heroes uniting, all culminating in one epic cinematic experience—Join us November 21st as the artists of Marvel Studios’ Visual Development team discuss the concept art behind Avengers: Endgame.

This event will not be live streamed and space is limited, so be sure to RSVP and arrive in good time to secure a place in line. Attendee check-in will open at approximately 6:30 PM and a valid Eventbrite RSVP will be required to get an event wristband. Admission is first-come first-served and a wristband does not guarantee entry in cases where the venue reaches capacity.

Gnomon School of VFX's full-time programs and 10-week individual courses are designed to develop well-rounded artists that are skilled in the diverse disciplines within 3D production. For those outside of the US, virtual classroom-style online courses are also available. 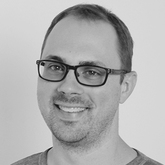 Ryan Meinerding has been active as a concept artist/illustrator in film since 2005. He was hired at Marvel Studios for Iron Man, and after leaving briefly to do concept work on Transformers: Revenge of the Fallen and Watchmen, has been full-time since. While working on Iron Man 2, Ryan contributed the design for the new Iron Man armor in the comic-book series Invincible Iron Man. He served as visual development co- supervisor on Captain America: The First Avenger, Thor, and The Avengers and Head of Visual Development on Captain America: The Winter Soldier, Avengers: Age of Ultron, Captain America: Civil War, Doctor Strange, Spider-Man: Homecoming, Black Panther, Avengers: Infinity War, and Avengers: Endgame. He is currently working on future Marvel Studios projects. 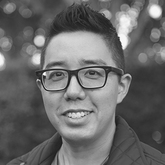 Andy Park began his career as a comic book artist illustrating titles such as TombRaider, Excalibur, and Uncanny X-Men for Marvel, DC, and Image Comics. After a decade in the comic book industry, he made the switch to work as a concept artist in video

games and was one of the leading artists designing worlds and fantastical characters and creatures for the God of War franchise. Andy joined the Visual Development Department at Marvel Studios in 2010 as Visual Development Concept Artist, designing characters and keyframe illustrations for The Avengers, Iron Man 3, Captain America: The Winter Soldier, and many more. After leading the team as Visual Development Supervisor through many of the MCU Phase 3 movies, he now helps lead the department as Director of Visual Development. He has recently completed work on Black Widow and is currently leading the films Shang-Chi and the Legend of the Ten Rings as well as new Disney+ series WandaVision. Andy is one of the team of incredible artists that taught in this year’s ArtStation Masterclass 3 in partnership with Gnomon. 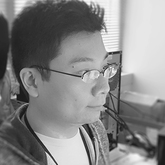 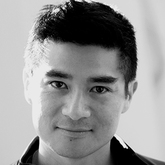 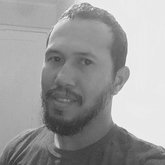 Anthony Francisco worked on multiple film and game projects before moving into movie concept art for VFX houses such as Stan Winston Studios, Rick Baker, ADI, Harlow FX, and Illusion Industries. Anthony created art for Superman Returns, A.I. Artificial Intelligence, Men in Black II, Spider-Man, The Passion of the Christ, G.I. Joe: Retaliation, and The Chronicles of Riddick, among others. He worked as a concept artist at NCsoft Santa Monica on Guild Wars and Tabula Rasa, and at Offset Software as Lead Concept Artist. In 2010, he worked at Rhythm and Hues on The Hunger Games, R.I.P.D., and Seventh Son and is currently based in Burbank where he works on the Visual Development team at Marvel Studios. He still illustrates for Magic: The Gathering and has previously taught classes at Gnomon. 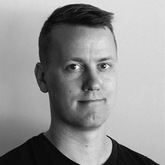 Ian has been a professional freelance artist for nearly 20 years, working in games, film, and collectibles. Growing up in the Crested Butte, Colorado, he dreamed of one day working on the films and comic books that filled his imagination and early development. Over the years working at places like Blur Studios and Stan Winston Studios, he was able to be a part of the creation of both practical and digital characters, props, and worlds. The first Marvel film Ian worked on was Iron Man 2 while at Legacy Effects, and he later joined the Vis Dev team directly on titles such as Guardians of the Galaxy Vol. 2, Black Panther, Ant-Man and the Wasp, Captain Marvel, Thor: Ragnarok, Avengers: Infinity War and Avengers: Endgame. 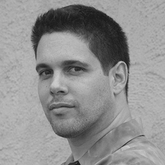 Since 2001, Phil Saunders has been contributing his designs for characters, vehicles, environments, and props to feature films from nearly every major studio. His involvement with Marvel Studios began with the first Iron Man film and has continued through almost every Marvel production that has featured the popular character, including all four Avengers films. His produced credits also include Tron: Legacy, Zathura, Cowboys and Aliens, Spider-Man 3, Spider-Man: Homecoming, Kingsman: The Golden Circle, and the upcoming The King’s Man and Star Wars: The Rise of Skywalker films. His contributions to Avengers: Endgame include the designs for the Rescue and War Machine Mk6 armors.

Prior to his work in film, Phil was the creative director for computer game developer Presto Studios, an automotive designer for Nissan Design International, and a freelance designer of location-based entertainment. 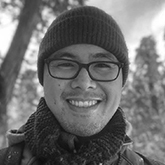 John Staub is a LA based concept designer and illustrator. He has held a variety of positions ranging from concept artist to art director, working on everything from feature films, video games, and statue design. His clients include Marvel Studios, Liosngate, Netflix, and Sideshow Collectibles. His recently released projects include Captain Marvel, Avengers: Endgame and Insomniac Games’ Marvel’s Spider-Man for the PS4. 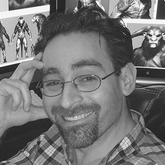 Jerad S. Marantz has been working in the film, game, and television industries for over twenty years, starting his career at an early age interning for special effects houses. Trying a little of everything enabled him to narrow his focus to character, creature, and costume design. His acquired skills in sculpture, painting, illustration, ZBrush, and Photoshop all aide his unique sense of design. Marantz’s credits include Avengers: Infinity War, Avengers: Endgame, Shazam, Spider-Man: Far from Home, Dune, Batman v Superman: Dawn of Justice, Justice League, Doctor Strange, Guardians of the Galaxy, Rise of the Planet of the Apes, Clash of the Titans, Gods of Egypt, Avatar, The Amazing Spider-Man, Riddick, American Horror Story, Grimm, Swamp Thing, Lovecraft Country, Infamous 2, Gears of War 5, and more.