The Art of Sky: Children of the Light

Indie developer darling thatgamecompany is well known for its timelessly beautiful and emotionally evocative games, such as Flower and the critically acclaimed Journey. In summer of 2019, the studio released their latest gaming experience, Sky: Children of the Light. This ongoing “social adventure” for mobile sports a captivating art style and mechanics that encourage positive player interactions; a fitting addition to the studio’s catalog. Since its release, the game has gone on to acquire multiple Mobile Game of the Year nominations and won Apple’s iPhone Game of the Year 2019.

On Thursday, January 30th, join us for an exploration of Sky: Children of the Light’s seven-year development as thatgamecompany delves into the world and character design of this award-winning game. In addition to touching on the art, the studio will be offering a peek behind the technological curtain as they discuss the studio’s proprietary engine, which allowed them to push the graphics bar for their first foray into mobile gaming.

Space is limited, so be sure to RSVP and arrive in good time to secure a place in line. Attendee check-in will open at approximately 6:30 PM and a valid Eventbrite RSVP will be required to get an event wristband. Admission is first-come first-served and a wristband does not guarantee entry in cases that the stage reaches capacity.

Attendees are welcome to join a guided tour of Gnomon before the event. If you'd like to schedule a tour, please email outreach@gnomon.edu. If you are unable to attend the event in person, you can watch the live stream on our Twitch Channel.

Gnomon's Bachelor of Fine Arts, Certificate in Digital Production, and 10-week individual courses are designed to develop well-rounded artists that are skilled in the diverse disciplines within 3D production. For those outside of the US, virtual classroom-style online courses are also available. 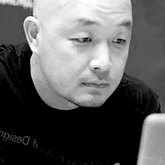 As a storyboard and concept artist, Cecil Kim has worked on many notable games, including Parasite Eve and Final Fantasy IX at SquareSoft, and Twisted Metal Black and God of War I, II, and III at Santa Monica Studio. His contributions as Lead Visual Development Artist on the third God of War game won him a BAFTA for Artistic Achievement.

Cecil is currently an Art Director at thatgamecompany and serves as an advisory committee member for Gnomon. 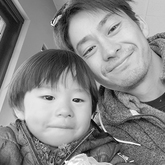 Yuichiro Tanabe
Lead Artist
With always a pencil in hand, Yuichiro is the studio’s Lead Artist and is responsible for crafting concept sketches and prototype scenes that facilitate the unique look of Sky. Inspired at a young age, Yuichiro cites Jean Giraud, Akira Toriyama and Hayao Miyazaki among the key artists who have encouraged his joy of drawing and ability to create rich, expansive, and believable worlds through art. Yuichiro grew up in Ecuador with a Japanese family before settling in America to study at college. He believes his multicultural upbringing sparked an interest in using visual communication to create engaging interactive experiences that transcended any language. After finishing his BFA in Interactive Media at The Minneapolis College of Art and Design, Yuichiro worked as a multimedia artist, animator and interactive designer at Puny Entertainment and MAW before joining thatgamecompany. 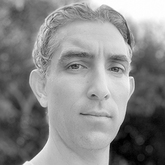 As an artist and cofounder of multiple successful companies, Trevor Stringer has twenty years’ experience in the gaming industry. Starting off at S2games, Trevor helped create the award-winning Savage: The Battle for Newerth. In 2005, he co-founded Offset Software, known for its proprietary engine and “Project Offset,” which was alter acquired by Intel. Five years later, Trevor co-founded fractiv, which went on to see success with over 16 million downloads with its mobile game, Lane Splitter. Trevor is currently a senior artist at thatgamecompany. 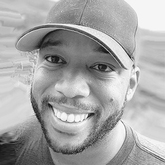 Aaron Jessie
3D Environment Artist
Aaron has been working in video game industry for over ten years now. He started his career as a 3D environment artist at Santa Monica Studios on God of War III then moved on to projects like Homefront, Defiance, and The Evil Within. Aaron is currently at thatgamecompany, where he has worked as a 3D environment artist on the award-winning games Journey and Sky: Children of the Light.