Learn how to master natural-looking environments in Unreal Engine 5 using up-to-date industry techniques. In this 4-hour workshop, Phil Stoltz, a Senior Environment Artist working in the videogame industry, reveals his tips and techniques for creating a photorealistic medieval castle scene.

The chapters of this workshop detail the environment creation pipeline. Using a wide range of software in addition to Unreal, including Maya, ZBrush, Substance Painter, and Megascans, Phil guides viewers through his complete thought process as he demonstrates several different environment-creation methods. Follow along from blocking out a scene to world-building, using sketches to plan everything out, and lighting scenes using Unreal’s new lighting system, Lumen. 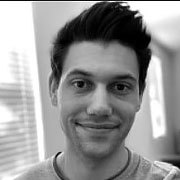 Phil Stoltz is a Senior Environment Artist specializing in 3D environments for games. Having always had an interest in art, film, and video games, he majored in Game Art Design with a Bachelor's Degree in Fine Art in Portland, US. Though he started out studying concept design for the first two years, he quickly found his passion in 3D art with an emphasis on environment creation and digital sculpting.

Phil served in the US Air Force National Guard while attending school. His determination to his craft led him to join his first game studio, Amazon Game Studios, right out of college, where he worked on his first title: New World. Since then, Phil has worked at companies such as Airship Syndicate, Turtle Rock Studios, and Blizzard Entertainment, working on titles including Darksiders Genesis, Back 4 Blood, and Diablo 4.