Discover what it takes to make great-looking product renders for print, packaging, and online marketing materials. By breaking down and investigating real-world examples and what techniques are used to showcase products in reality, instructor Jesse Flores reveals how to create an effective digital lighting workflow using Maya and V-Ray that offers complete control over the lighting in your scene, as well as how to rebuild renders in post-production as the final stage.

With over four hours of lectures, Product Rendering with V-Ray discusses the importance of how to set up your 3D camera in Maya and explains how various angles affect the value of the products you’re shooting as well as how each decision has an impact on your workflow. The lectures also include lighting techniques using HDR images, light textures, and mesh lights in V-Ray, and how each can successfully showcase details within a product to catch a consumer’s eye. The concluding chapters teach how to composite all of the render layers together in Nuke using Cryptomattes to achieve professional-looking final images. 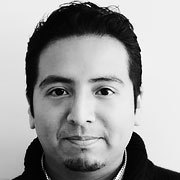 Jesse Flores is a look-development artist and lighter currently working at Hogarth Worldwide as a senior lighter in the world of marketing — a pivot from his previous blockbuster work at Industrial Light & Magic. You can see some of his work in films such as Doctor Strange, Captain America: Civil War, and Transformers: The Last Knight. A native New Yorker and a graduate from The School of Visual Arts, he has worked at some of the most premier commercial houses such as The Mill, Framestore, and Method Studios as a lighter, texture artist, and look-development artist. Recognized by Foundry, Jesse has also had the opportunity to showcase his work at the NAB trade show.